Hosted by Lola Venado, this podcast is intended to serve as a connection and support to those whose Medicine stories often go unheard, and to be a platform dedicated to spotlighting and amplifying the underrepresented voices of multi-cultural people of color doing their work in the modern communities of herbalism, magick, or other healing and creative arts. These are stories shared with the intention of community building, cultivating interconnectedness, and honoring the offerings of these folks as the worthy works of resiliency and reclamation that they are. 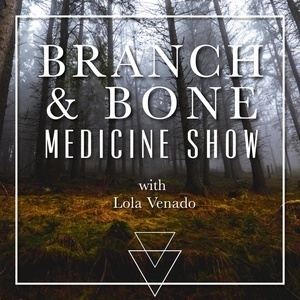 Guest J. Allen Cross is a practicing witch of Indigenous Mexican and European descent. Born into a family of the mystically inclined, Joshua has been doing spiritual work all his life. Living in his home state of Oregon, he works as Psychic Medium/Occult Specialist for a well known Paranormal Investigation team. He writes articles for esoteric blogs such as Fire and Lux, and provides spiritual healing services to his local and Instagram community under his persona “The Silver Falls Witch”.

You can support the production of this community offering by sharing, rating, or donating. Thank you!